Summerhill’s turn of the century houses, winding tree-lined streets, and abundance of parkland have made it one of Toronto’s most preferred neighbourhoods. It is conveniently located along the Yonge Street corridor, providing Summerhill residents with easy access to Toronto’s downtown business and entertainment districts. 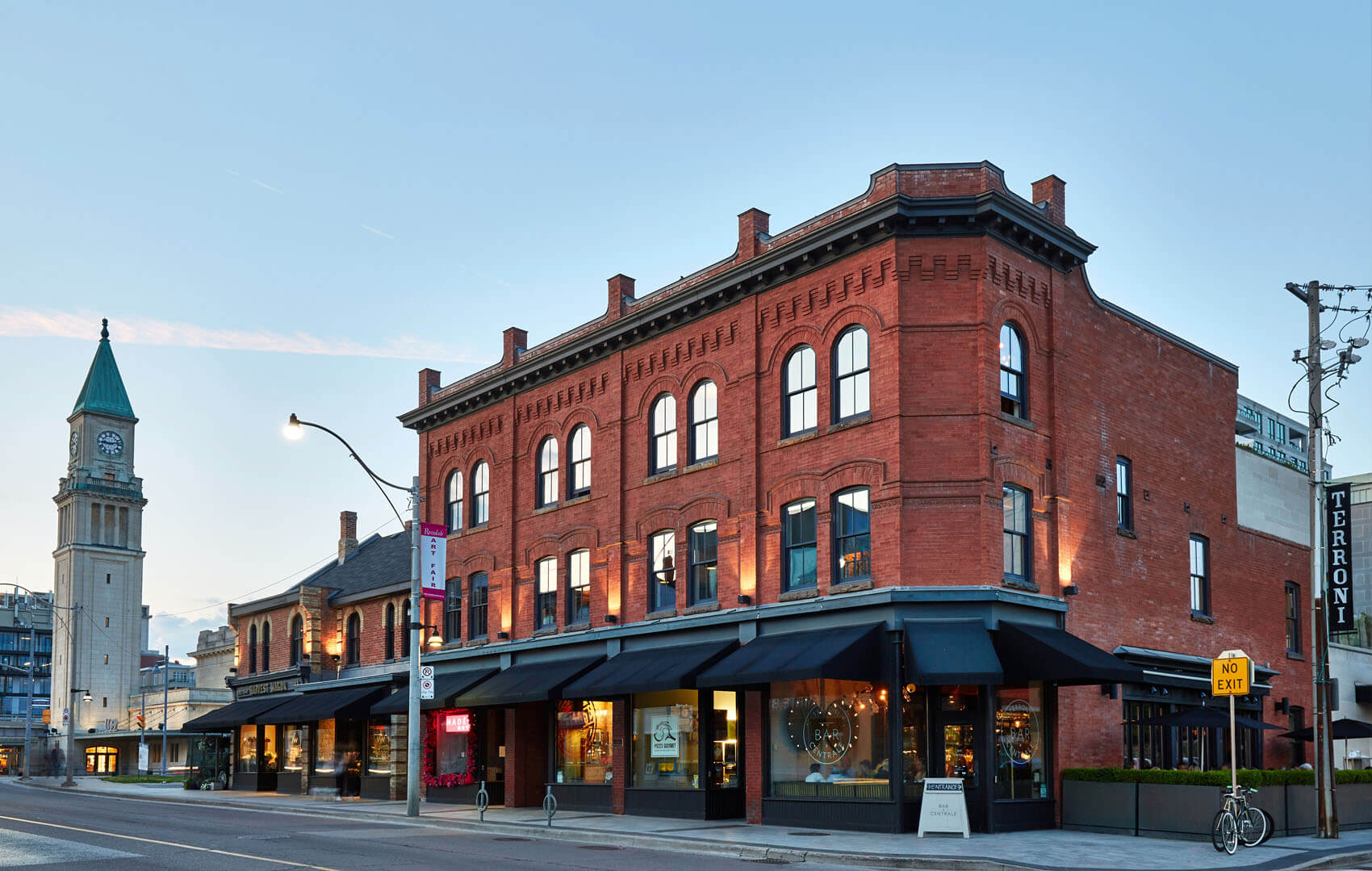 The Summerhill neighbourhood is named after ‘Summer Hill’ house, a magnificent Regency cottage built in 1842, by transportation baron Charles Thompson. Summer Hill stood on the crest of the hill where the houses on Summerhill Gardens are located today. Thompson’s two hundred acre Summer Hill estate stretched from the present day Yonge Street to Mt. Pleasant Road. On this site Thompson established the ‘Summer Hill Spring Park and Pleasure Grounds’. This amusement park featured rides, games, swimming and a popular dance pavilion that was located inside the Summer Hill house. Thompson’s heirs subdivided Summer Hill in the 1860’s. From the 1880’s onward Summerhill’s development revolved around the railway. The first residents of this neighbourhood worked at the North Toronto Railway station which was established on Yonge Street near Summerhill in the 1880’s. This station – rebuilt in 1916 – is distinguished by its grand clock tower and now serves as the neighbourhood liquor store. In the 1920’s the Canadian Pacific Railway made Summerhill their main Toronto station. When Summerhill station closed this neighbourhood went into a period of decline that lasted until the Summerhill subway station opened in 1954. Summerhill has enjoyed a position of prominence among Toronto neighbourhoods ever since.

Ed. Note: The former Summer Hill Coach House, circa 1865, is still standing today, at the rear of 36 Summerhill Gardens. This house with its distinctive slate roof can be seen from the south end of the Rosehill Reservoir.

Summerhill’s original housing stock consists of semi-detached and detached Victorian houses, and detached Edwardian style houses, built between 1880 and 1915. Many of these houses do not include driveways, however permit street parking is available from the city for a nominal annual fee. Summerhill also contains a large number of modern townhouses, and a handful of low-rise luxury condominium apartment buildings, built mostly in the 1980’s and 1990’s. 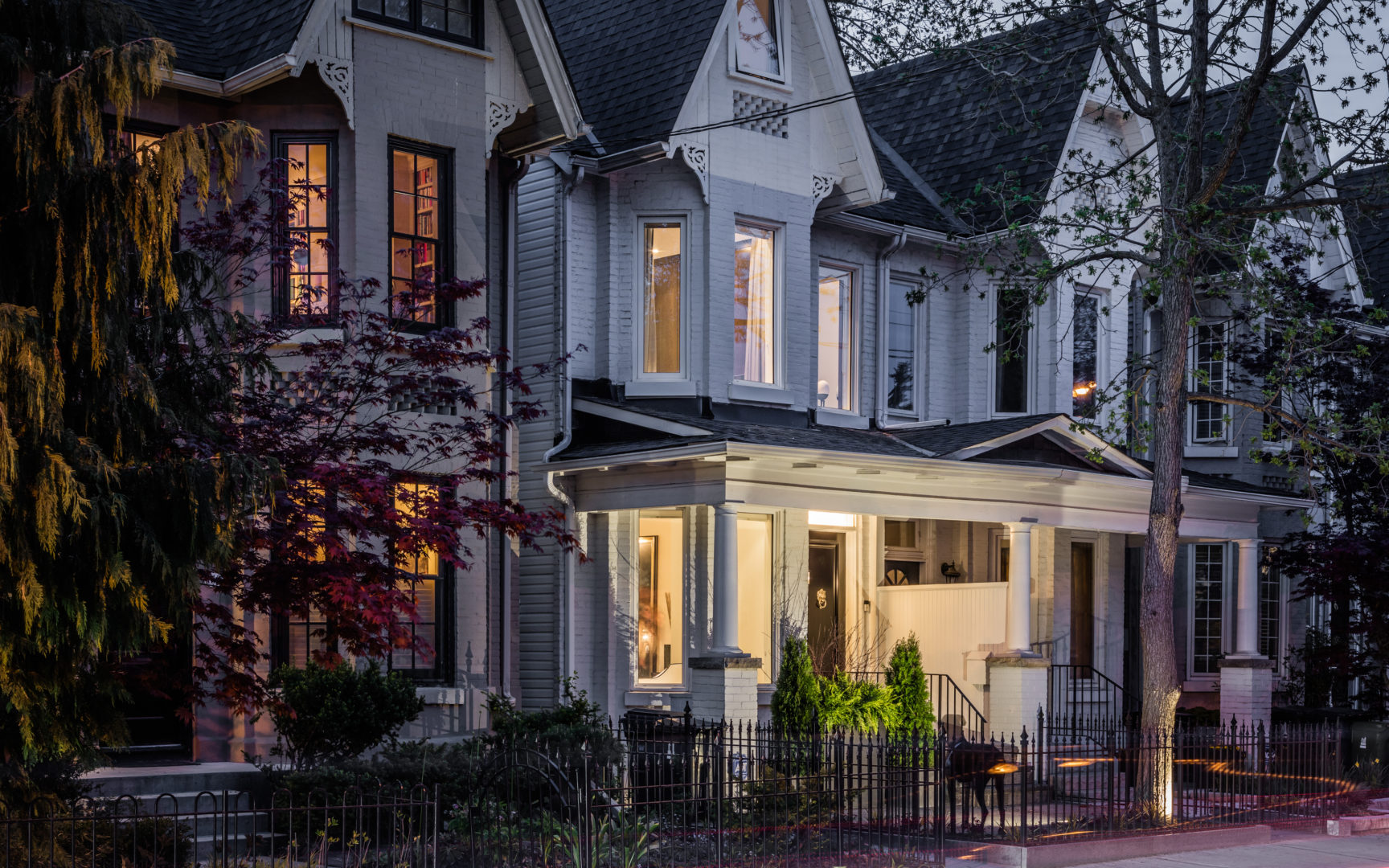 Summerhill residents are within walking distance of the many fine shops and restaurants centred around Yonge Street and Summerhill Avenue. The Bloor-Yorkville and Yonge and St. Clair shopping districts are also easily accessed from the Summerhill neighbourhood. 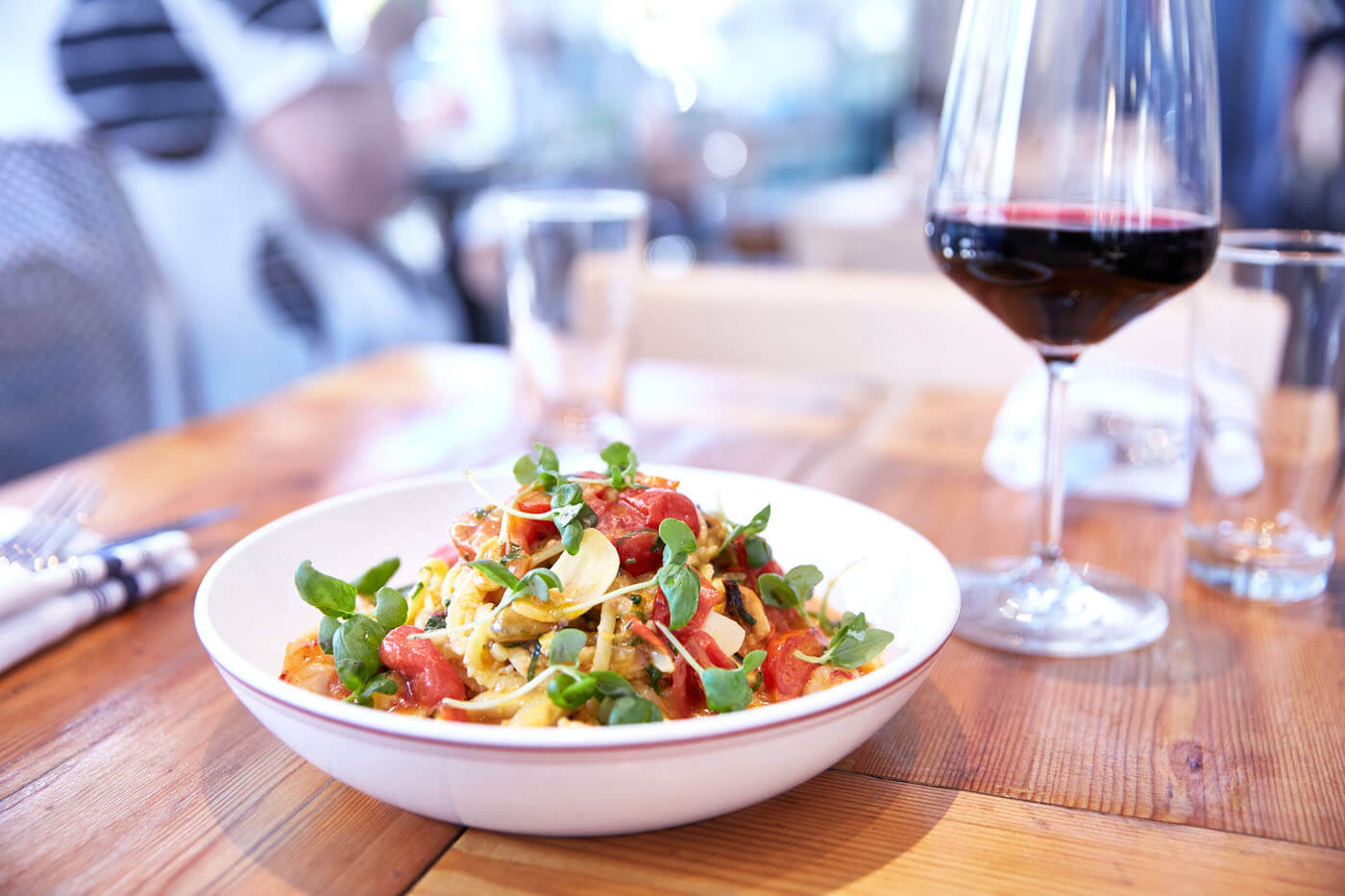 Hopson Grace specializing in life’s joyful essentials: food, wine, friends, family and great design with the most beautiful tableware designs from around the world. 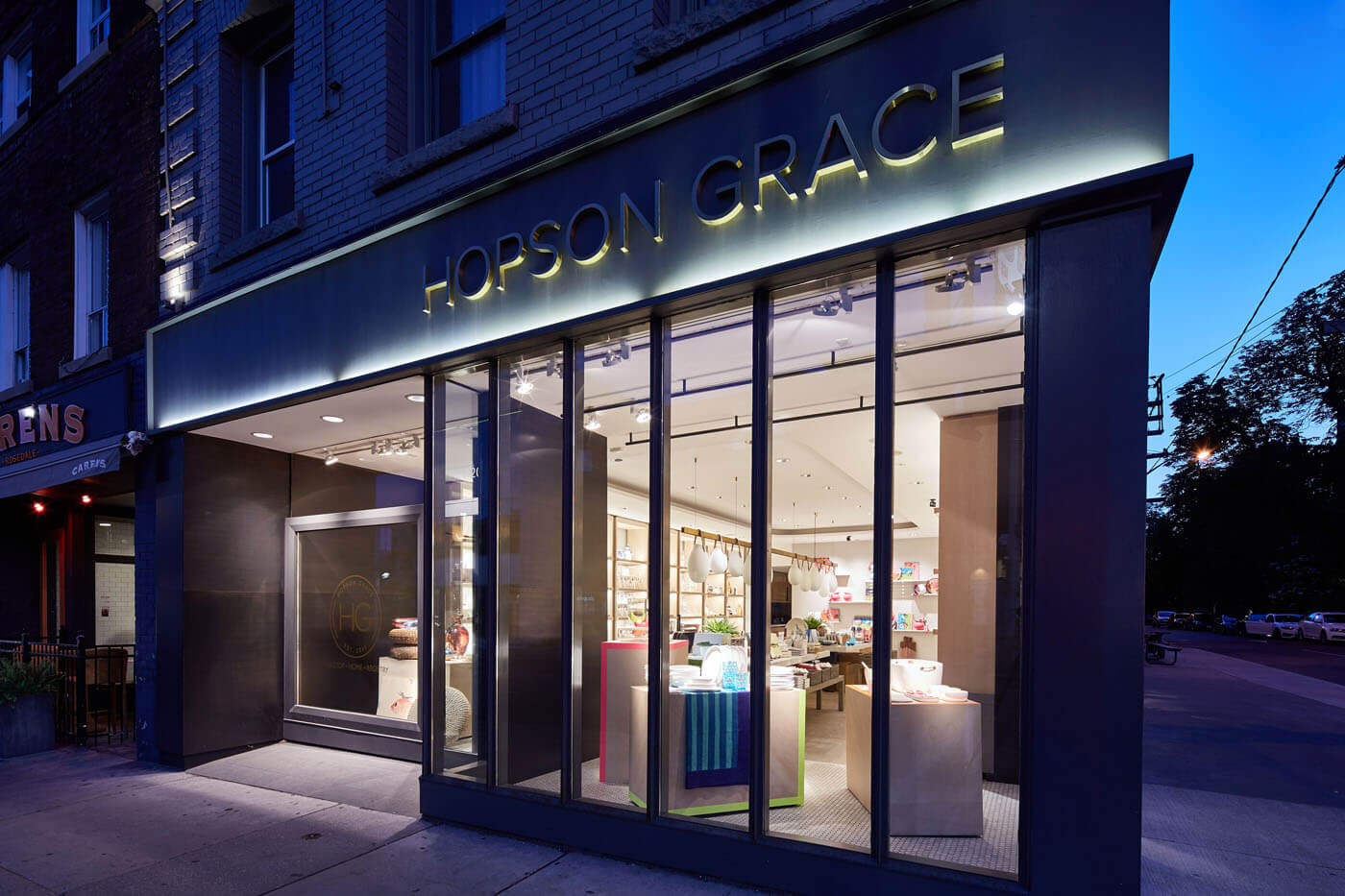 Terroni Price 0pened in December of 2011, above Bar Centrale. Price occupies two upper floors offering a myriad of dining options. If you’re looking for a spot for a lunch meeting, or catching up with a group of friends, or date night – they have you covered. There are many spots for a family pizza night or sit at bustling bar with a cocktail and your favourite book. And the rooftop patio boasts one of the most breathtaking views of Toronto’s skyline. 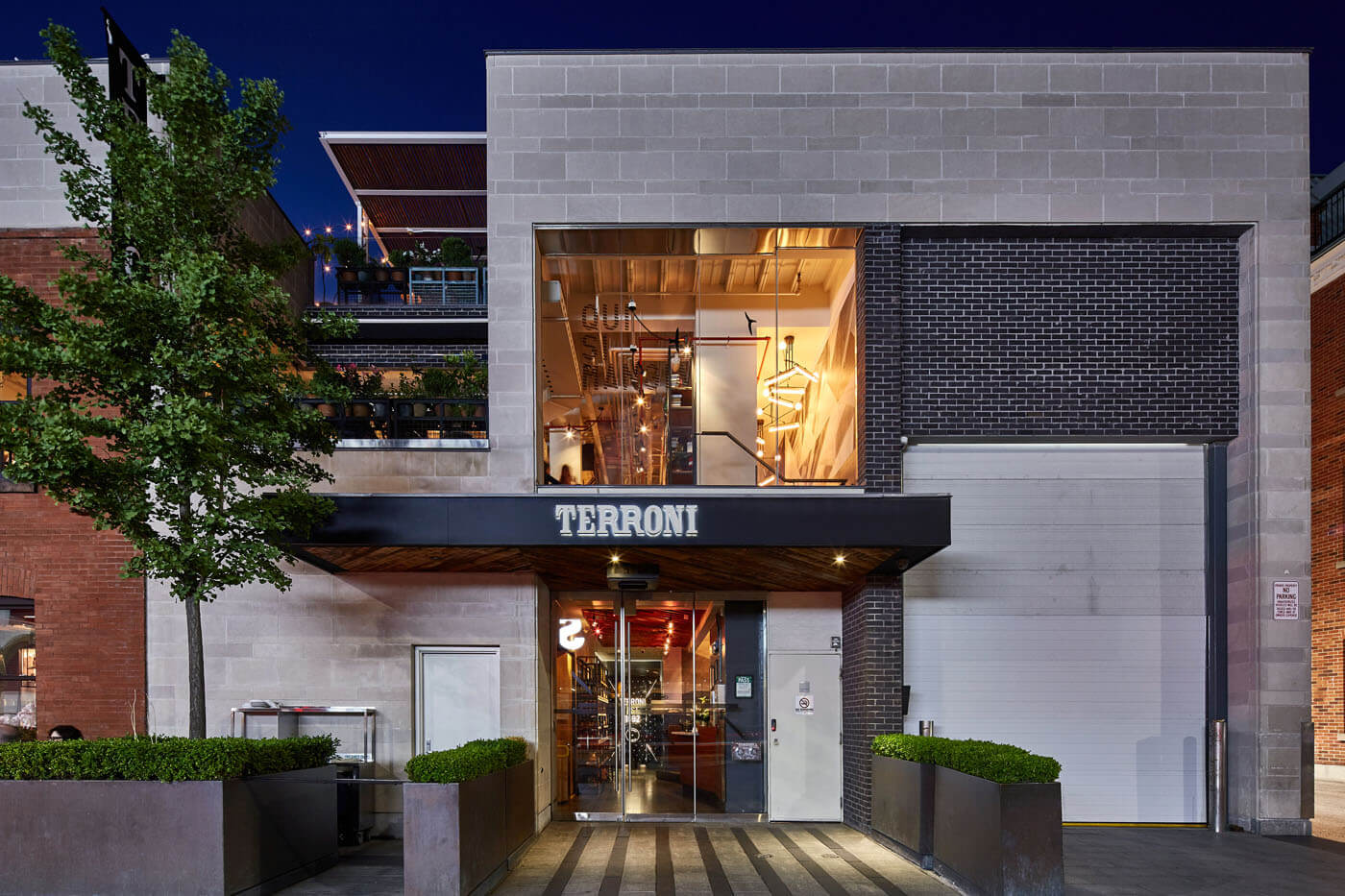 The Rosehill Reservoir Park is located east of Yonge Street, with access from Summerhill Gardens. The lower portion of this park features a foot path that is used by walkers, joggers, and cyclists. The north-east corner of this path leads to the David A. Balfour Park, a nature trail that winds through the Vale of Avoca Ravine. The upper portion of the Rosehill Reservoir Park includes a childrenÍs playground, a wading pool, a waterfall, and reflecting pools. Lionel Conacher Park, situated off Birch Avenue, is a memorial to Lionel Conacher who was CanadaÍs athlete of the first half of the twentieth century. Conacher, who grew up in the Summerhill neighbourhood, played on two Toronto Maple Leaf Stanley Cup teams. He also competed at the highest level in a dozen other sports and served in the Ontario Legislature, as well as the House of Commons. 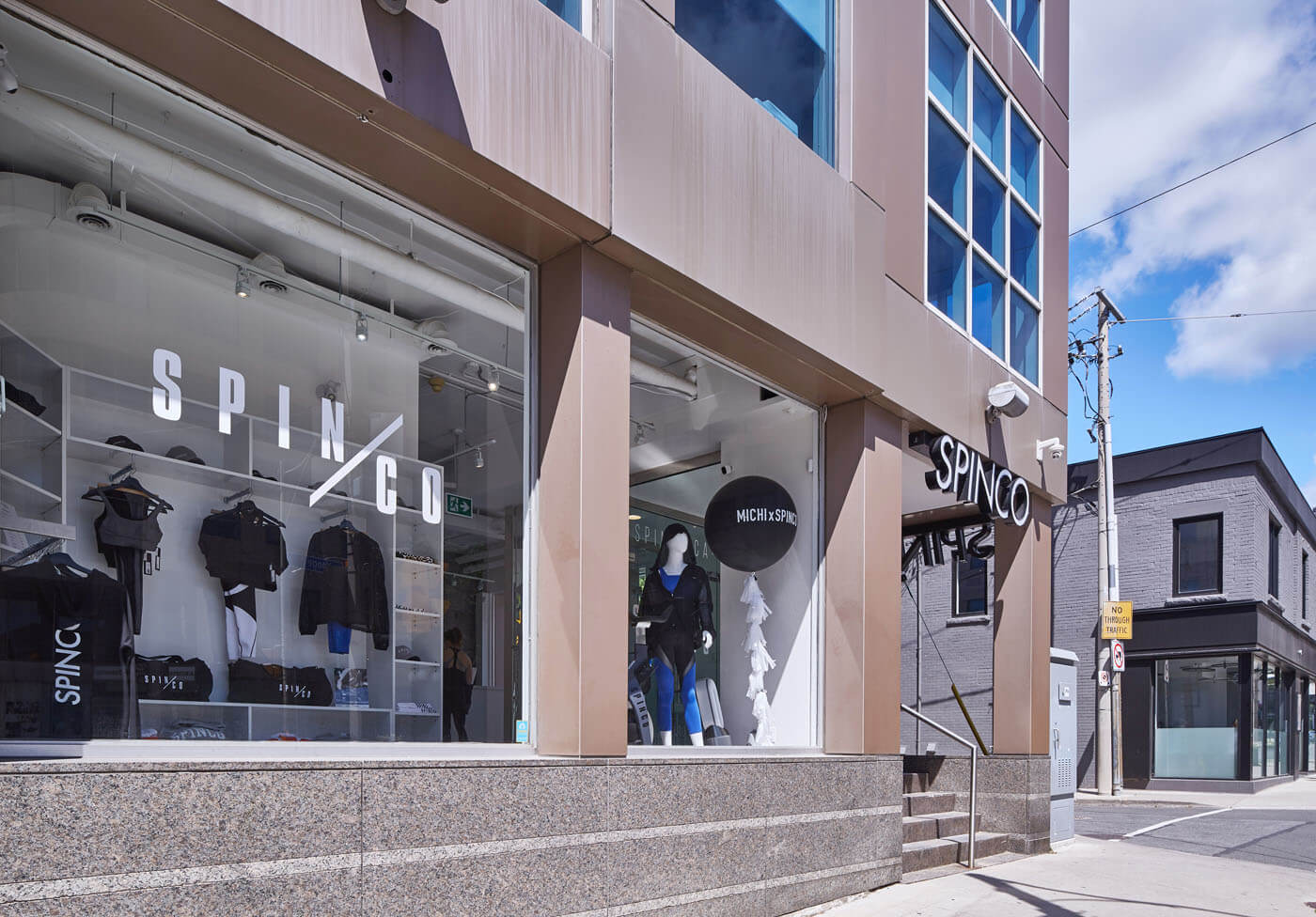 The Summerhill subway station on the Yonge-University-Spadina subway line is within walking distance of every home in this neighbourhood. Located along the Yonge Street corridor, Summerhill provides motorists with easy access to the downtown core and to major highways.

The James at Scrivener Square