The green and white Leslieville street signs that run along Queen Street were installed in 1987. These historic markers are symbolic of a renewed interest and pride in Leslieville among the residents of this quiet east end neighbourhood. Leslieville, still feels very much like a small village. It’s cozy houses, quaint stores, and tree lined streets, seem surprisingly serene and peaceful considering Leslieville’s close proximity to downtown Toronto. 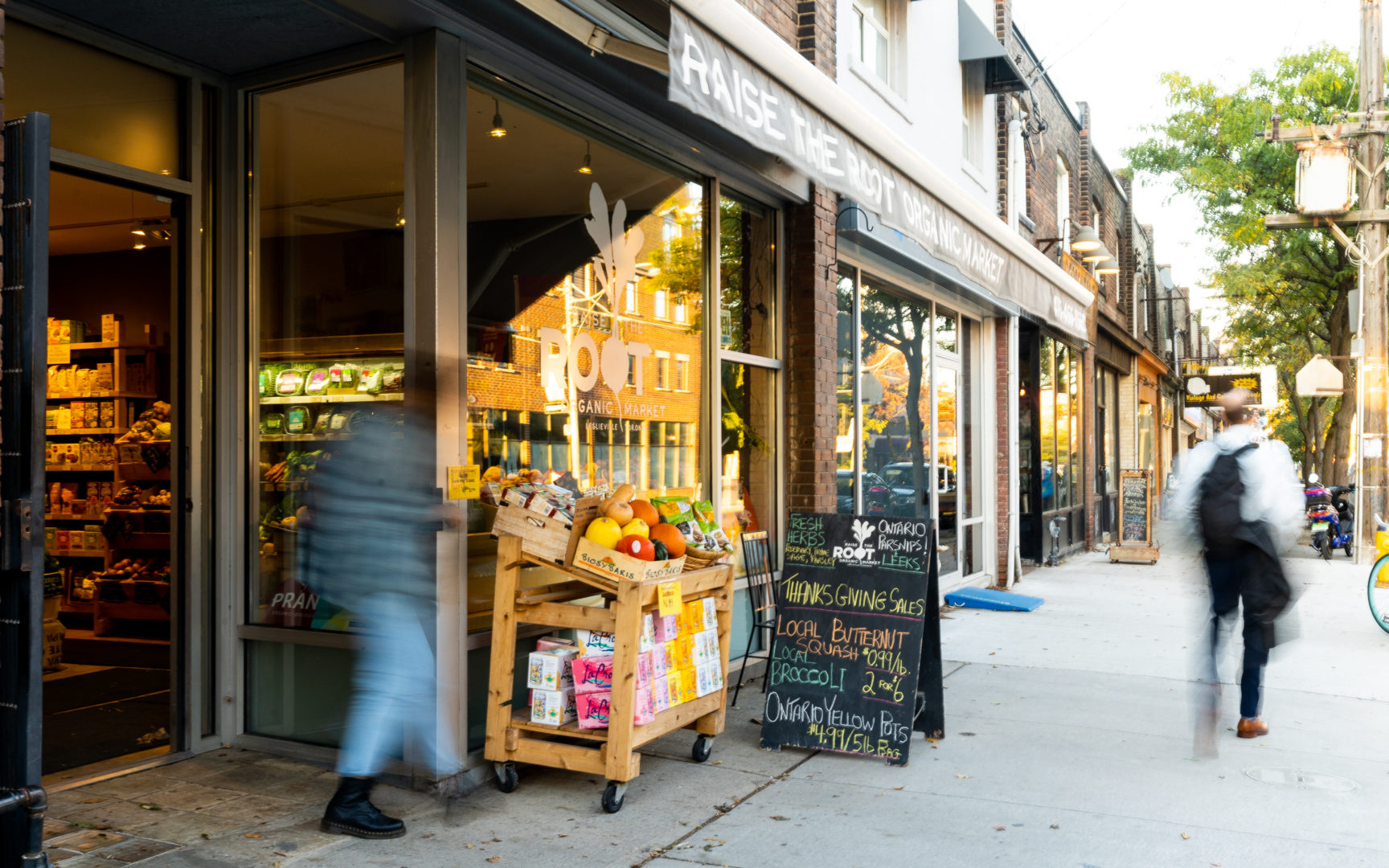 Leslieville began as a small village back in the 1850’s. The village grew up around the Toronto Nurseries owned by George Leslie and Sons after whom this neighbourhood is named. Most of Leslieville’s first residents were either market gardeners or were employed at one of several brick making companies that used to operate in the area. One of the first buildings in the village was the Leslieville Public School, which was built in 1863. Leslieville’s first principal was Alexander Muir who composed “The Maple Leaf Forever”. Muir’s poetic verse was inspired when a brilliant autumn maple leaf fell from a Leslieville tree onto his jacket. This moment in Canadian history is memorialized by a historic plaque at the intersection of Laing Street and Memory Lane.

Leslieville’s older houses along Queen Street, and south to Eastern Avenue were built in the late 1800s. They include Ontario Cottages, Second Empire row houses and quaint Victorian houses. Leslieville’s second generation of houses, north of Queen Street, were built in the early 1900’s. This district includes detached and semi-detached houses. There are also a large number of bungalows, that are among the tiniest houses in Toronto. 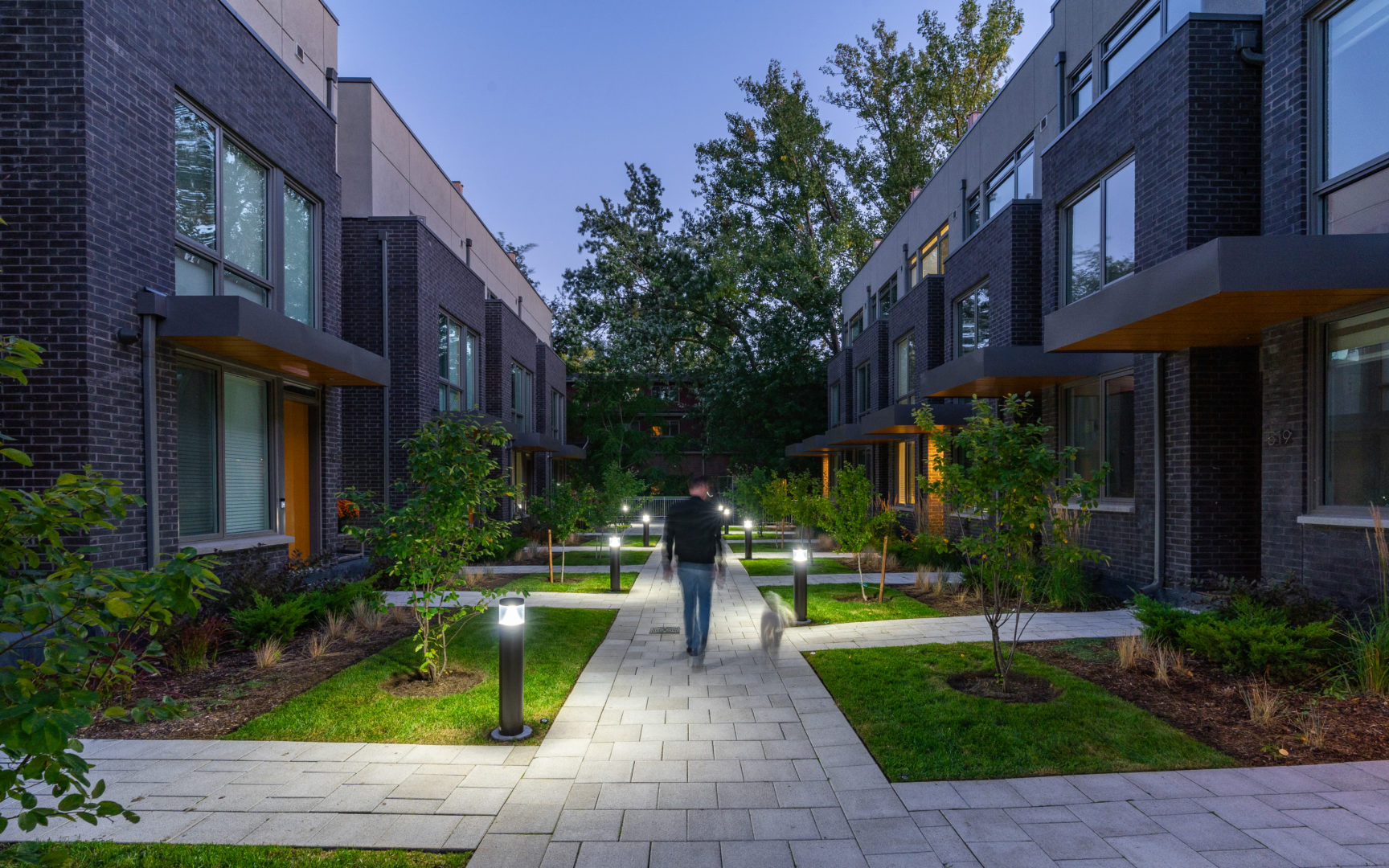 Leslieville’s main shopping district runs along historic Queen Street. Most of these stores are small independently owned shops that cater to the specific needs of the local residents. The area on Gerrard Street East between Greenwood Avenue and Coxwell Avenue is known as the ïIndia Bazaar’. This is the commercial centre of Toronto’s East Indian community. The smell of incense and the sound of music provide an exotic backdrop to the shops on this street. The clothing stores sell imported silk fabrics, and the restaurant vendors barbecue spicy corn on the cob out on the sidewalk. 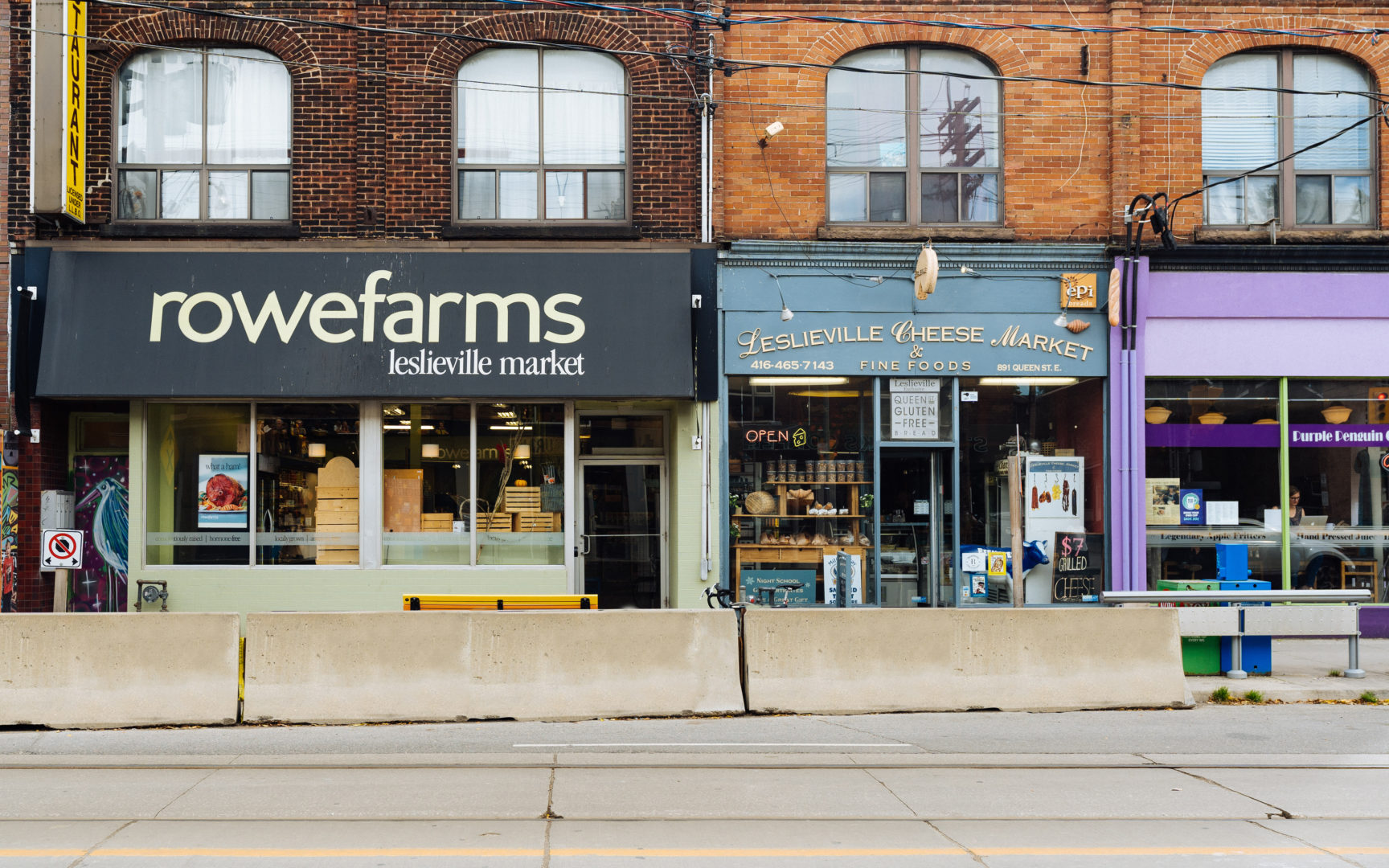 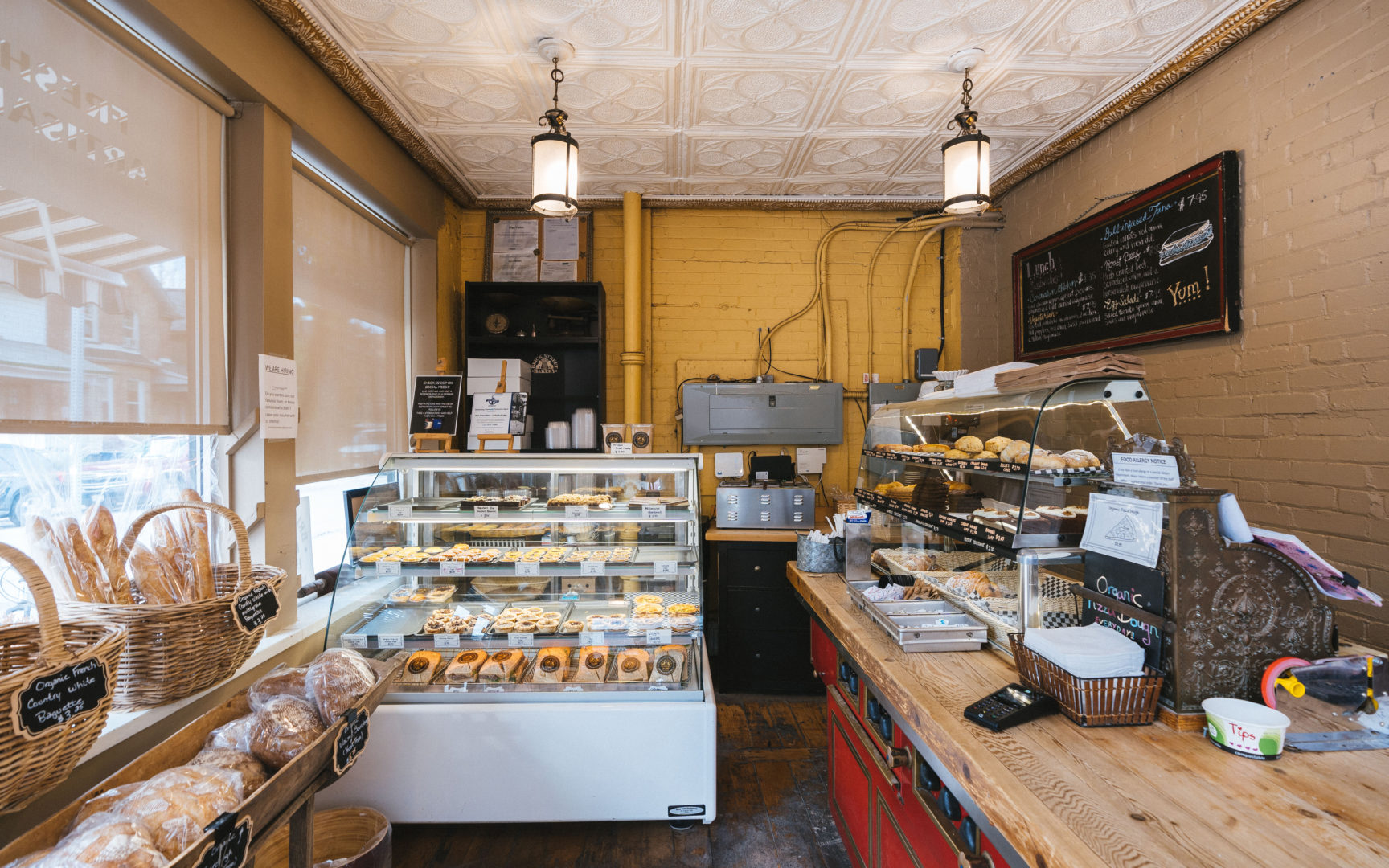 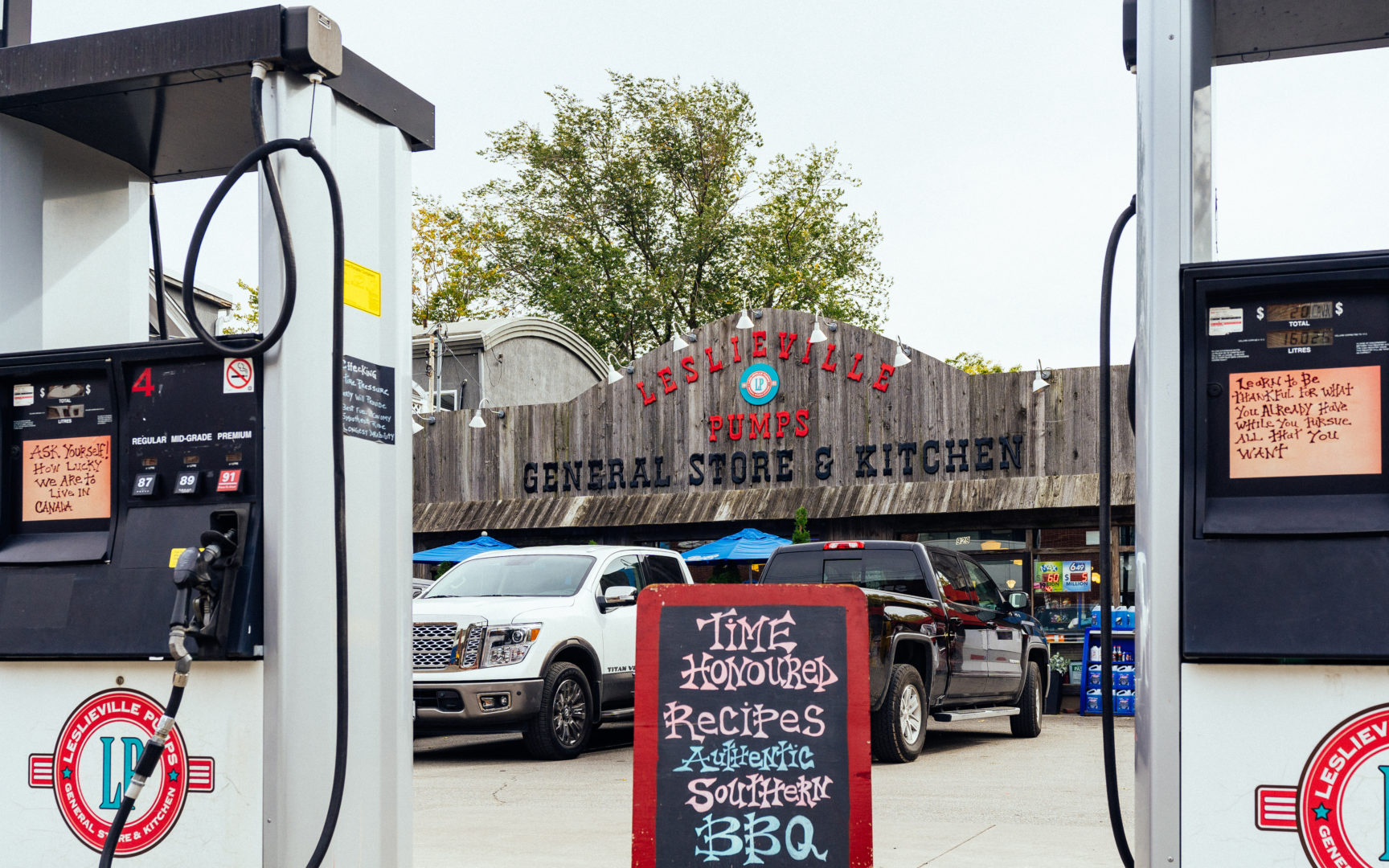 Greenwood Park has three baseball diamonds, an artificial ice rink, a pool, and a playground. The Jonathan Ashbridge Park on the south side of Queen Street features two tennis courts, a children’s playground, and a wading pool. The S.H. Armstrong Community Recreation Centre on Woodfield Road, has a gymnasium, an indoor pool, a fitness room, a craft room and meeting rooms. The Gerrard/Ashdale Public Library has a wide variety of programs for children, adults and seniors. 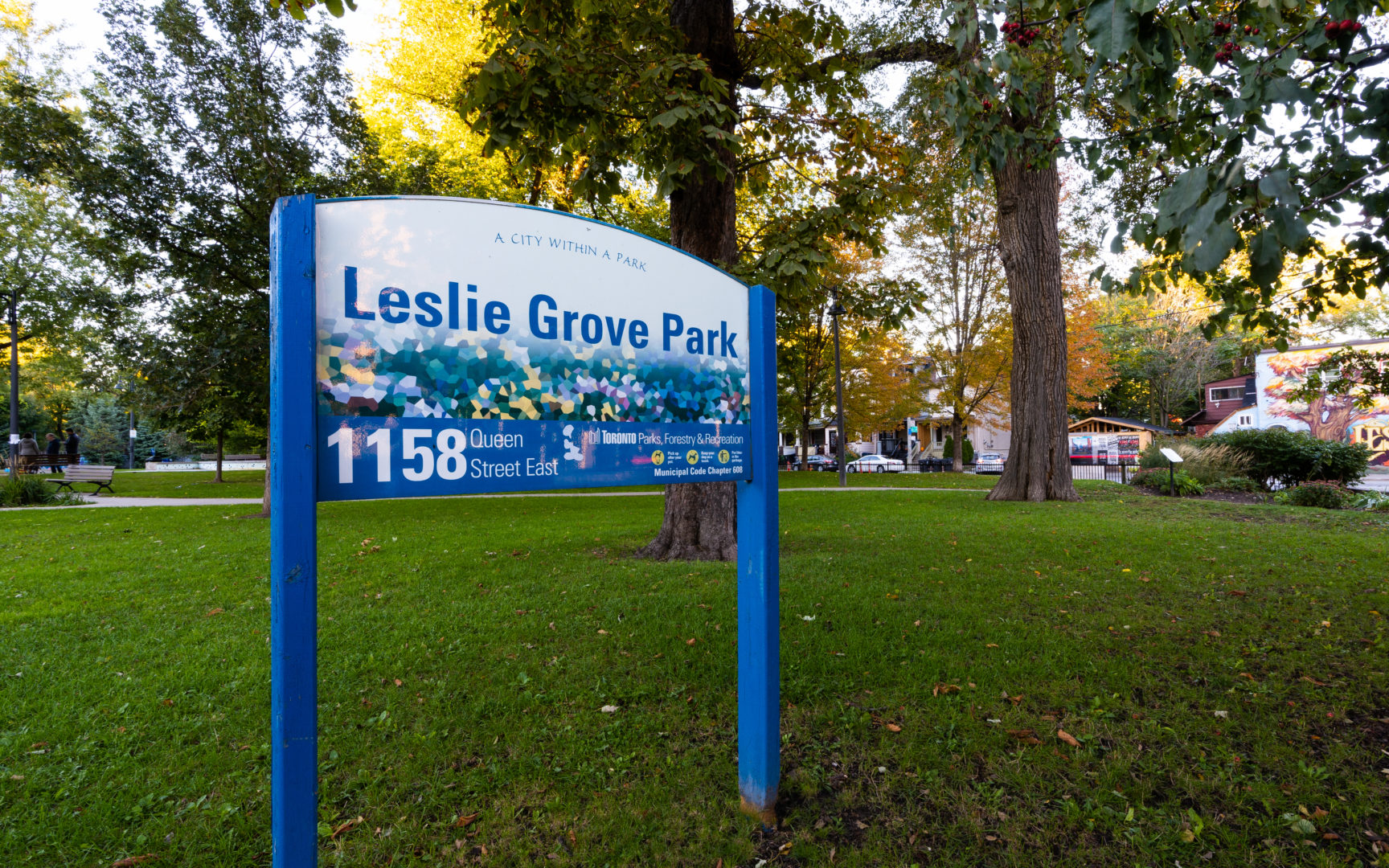 Leslieville is well served by the public transit system which operates bus or streetcar routes on Carlaw, Jones, Greenwood, Coxwell, and Eastern Avenues, as well as Queen and Gerrard Streets. Most of these bus routes link up with stations on the Bloor-Danforth subway line. 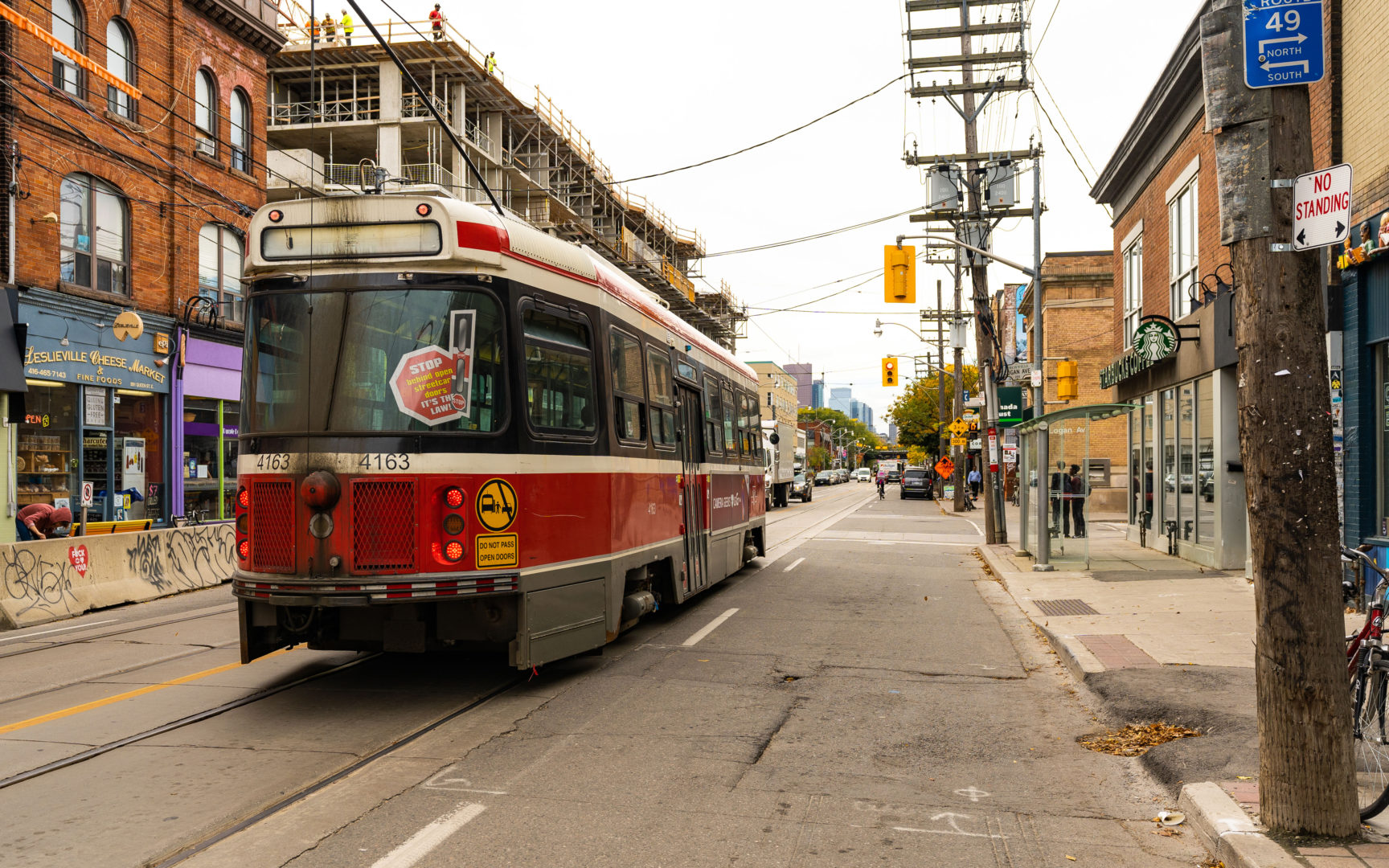 Motorists can be downtown in minutes. Lake Shore Boulevard, the Gardiner Expressway and the Don Valley Parkway are also close by.