King West Village is one of Toronto’s fastest growing neighbourhoods. It has been compared to the Soho neighbourhood in New York. King West Village is especially popular with young urban professionals, both singles and couples, who desire an urban lifestyle close to their downtown offices and within walking distance of Toronto’s entertainment district.

In additional to residential options King West Village also includes: commercial office space, and one of the most active nightclub and bar scenes in Toronto. The Thompson Hotel located at 550 Wellington Street West has become a popular neighbourhood landmark.

King West Village now has the added cache of being the host neighbourhood for the Toronto International Film Festival which takes place annually in September. This festival attracts mega-stars to premiere screenings and creates a buzz throughout the whole neighbourhood and the entire city. The headquarters for the festival is the TIFF Bell Lightbox theatre on King West, which is surrounded by glitzy new condominium buildings that reflect the urbanesque lifestyle enjoyed by residents of this neighbourhood. 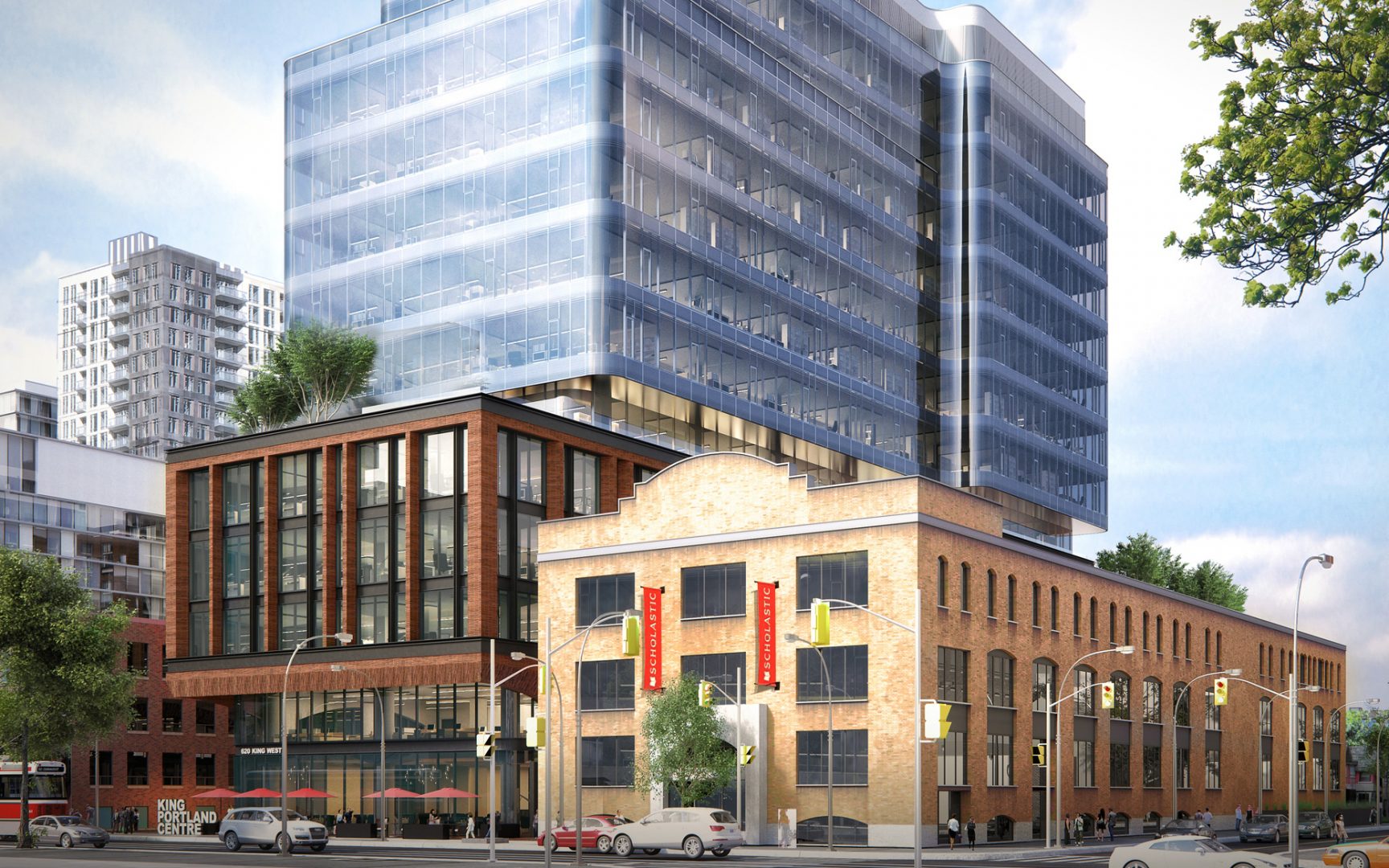 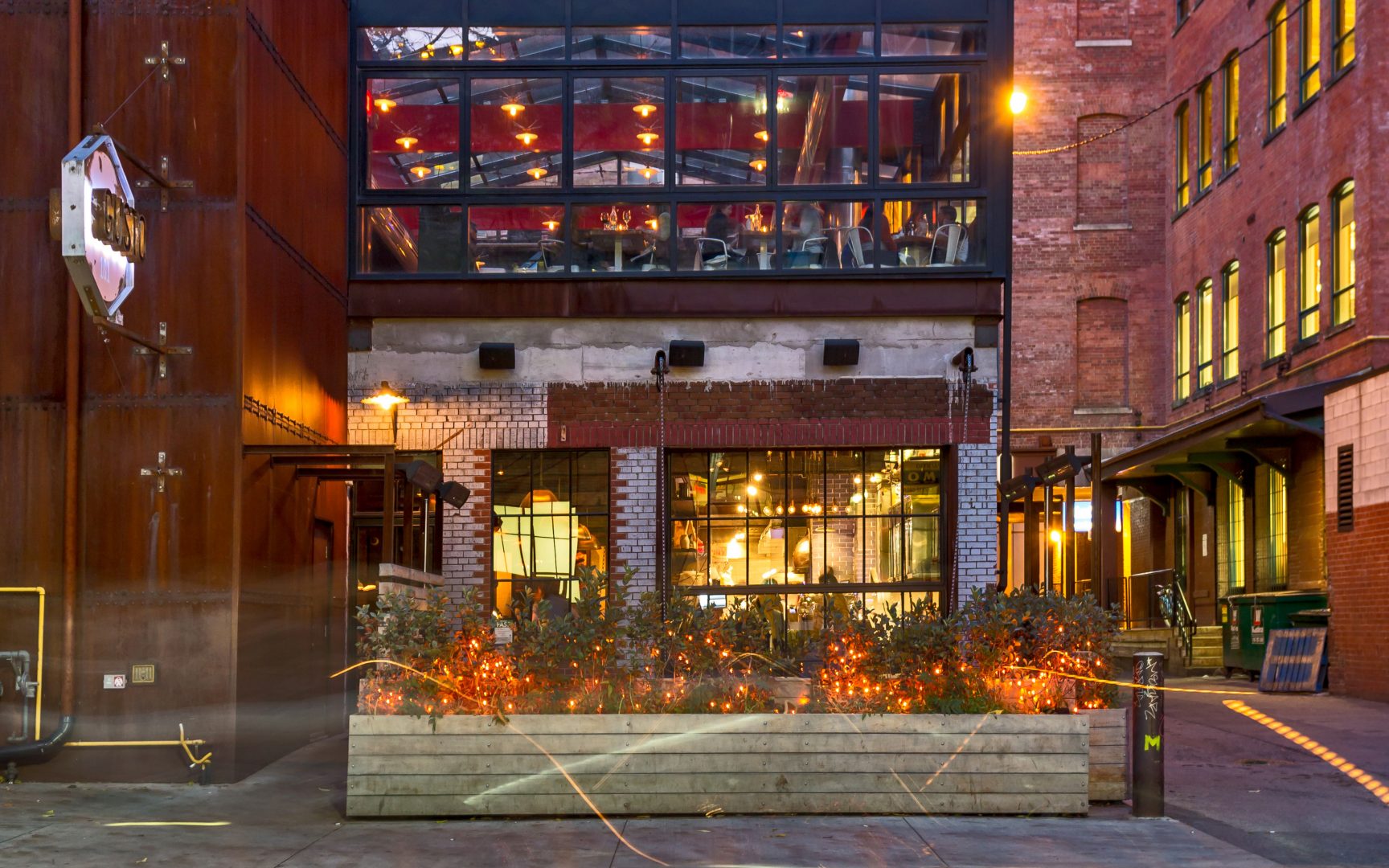 King West Village was originally part of the Military Reserves of the Town of York – the forerunner to the City of Toronto. Victoria Memorial Square  – now a neighbourhood park – was Toronto’s first military cemetery. In the 1830s the military reserves were auctioned off and a “New Town” development was created for this area. Grandiose in concept New Town was to be defined by Clarence Square and Victoria Square which were to be linked by a grand treed boulevard called Wellington Place.

In the 1850s with the arrival of the railway to Toronto the character of this neighbourhood would change dramatically. King West would evolve as a busy industrial and manufacturing centre. Many of the old industrial buildings from the 1800s and early 1900s have recently been converted to residential and commercial uses.

By the 1990s most industry and manufacturing had moved out from King West and the area was run down and buildings were in neglect. In 1996 the City of Toronto stepped in and enacted the King-Spadina Plan to attract new investment in order to revitalize this area. The plan worked brilliantly as developers began to build new condominiums that catered to young and hip urban professionals. Restaurants and nightclubs were also added to the mix and soon enough you had the recipe for a vital new downtown neighbourhood now commonly referred to as King West Village.

King West Village has one of the best selection of condominium buildings in the city. These are low and mid-rise buildings. Many of these are designed as soft lofts with units that feature lots of light and open spaces, high ceilings and balconies. Some of these buildings also contain two-storey loft condominium townhouses. There are a handful of authentic hard loft buildings in the neighbourhood, that are characterized by their red brick exterior, large windows and architectural accents. These loft units may have features such as concrete floors, exposed wood beams, and exposed brick. There are also a handful of historically designated row houses on Draper Street that date back to the 1880s. 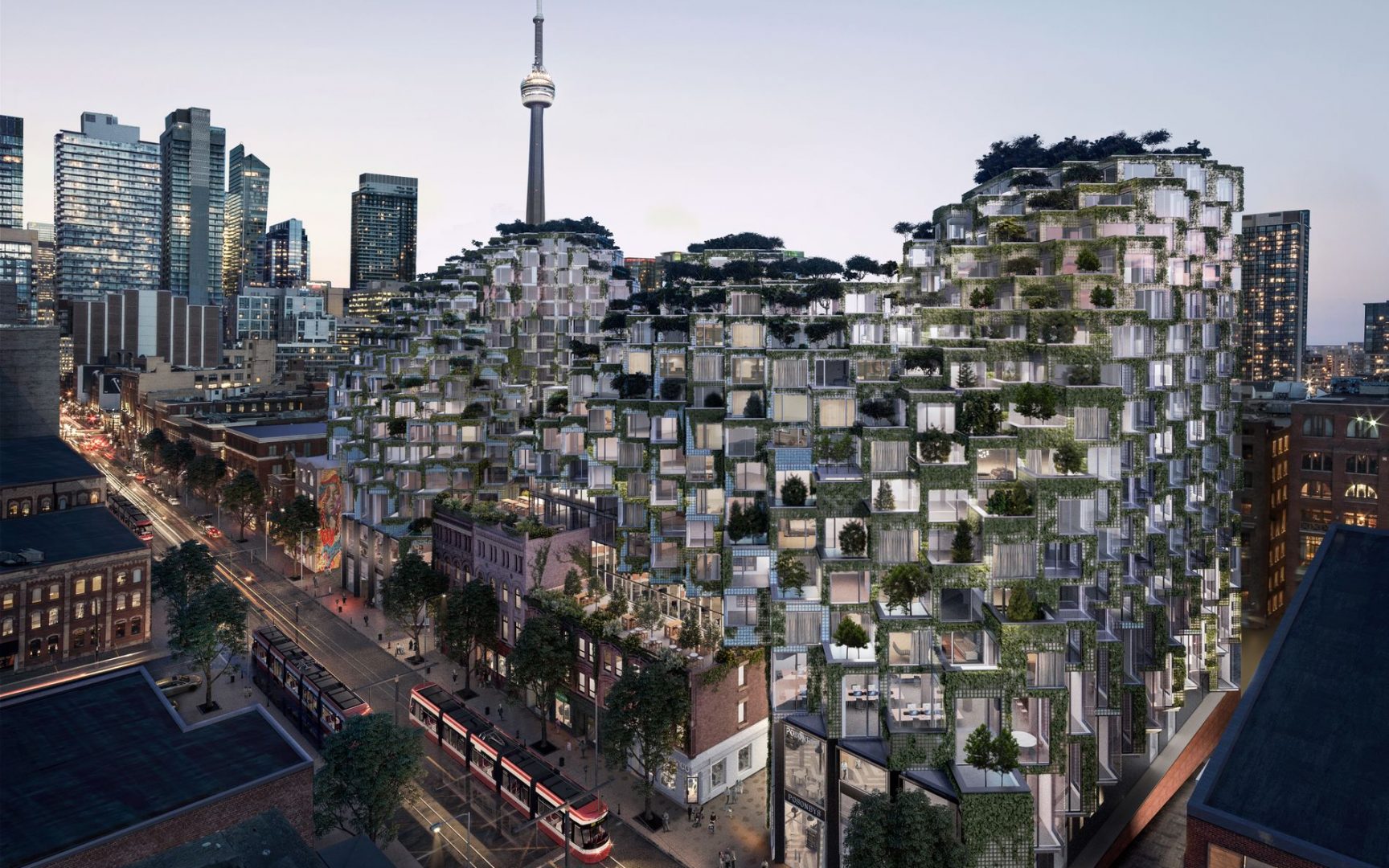 You do not have to leave the neighbourhood to furnish your condominium. There are many stylish home furnishing shops and art galleries in the area that cater to the tastes of the young urban professionals that live in this neighbourhood. Fitness and lifestyle related businesses have also set up shop here. Grocery stores are nearby and general stores with all the essentials are readily accessible.

Toronto’s Chinatown district on Spadina Avenue is a short walk north of this neighbourhood. Food markets are plentiful here. Kensington Market to the north is also within walking distance. This old world market will delight the senses with the sounds of international music and the scent of exotic spices emanating from the eclectic mix of shops and restaurants. 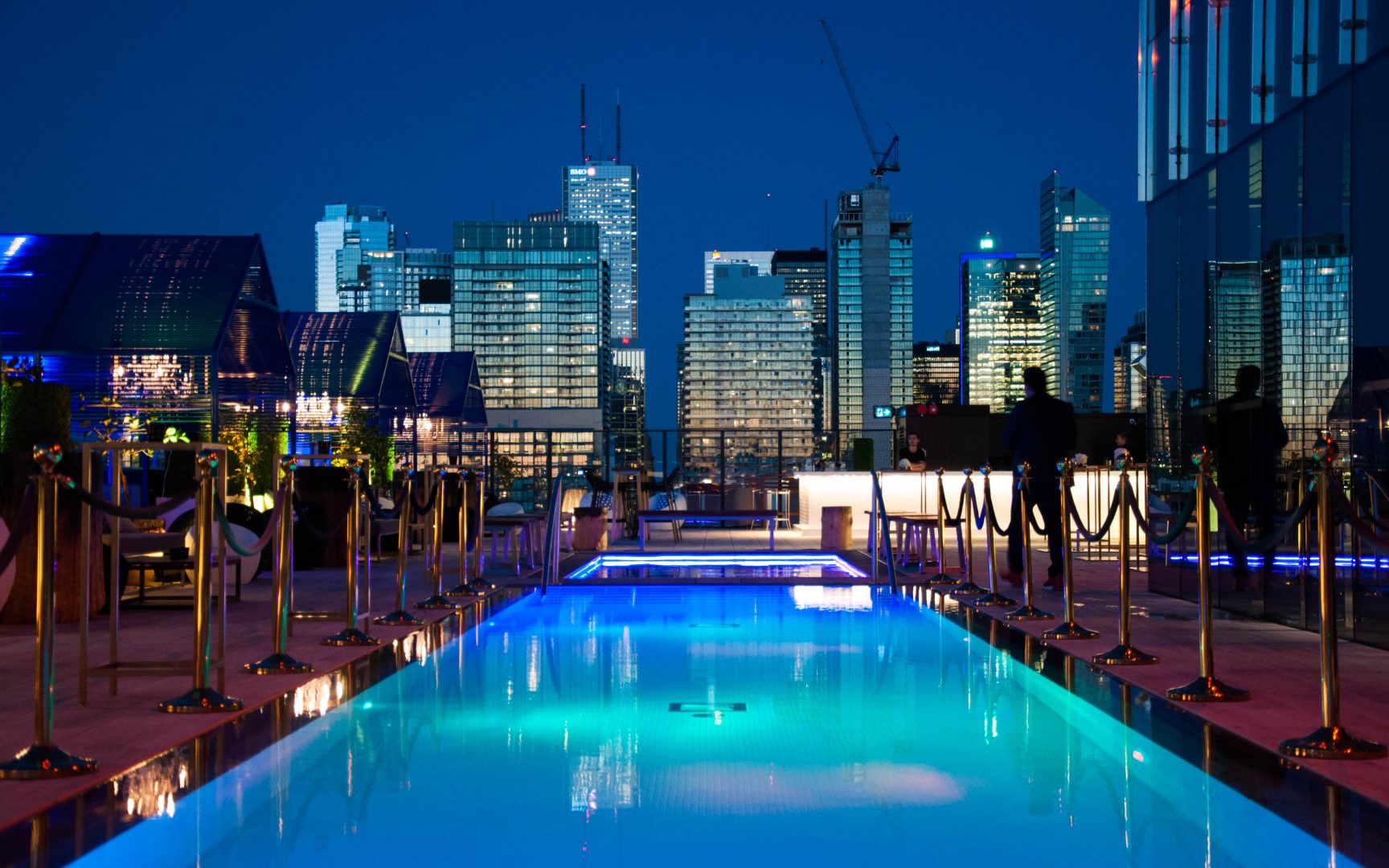 Victoria Memorial Square located at Wellington and Portland Streets is Toronto’s first military cemetery. A war monument and interpretive plaques in this park commemorate Canada’s fallen soldiers. Today, this urban park represents where new lives are starting and new stories are being told. Clarence Square situated at Spadina Avenue and Wellington Street West is a residential urban park that harkens back to the Victorian era. Clarence Terrace a row of historic townhouses facing the square from the north provides a nice visual backdrop for this neighbourhood green space.

St. Andrew’s Market and Playground is a small park located at Bathurst Street and Adelaide Street West. It is the first Toronto park to have a playground for children. The playground and other park features have recently been upgraded. King West Village is within walking distance of the Toronto waterfront trail which is perfect for walking, jogging and bicycling. Sports fans will delight in the fact that Air Canada Centre and Rogers Centre, the home of Toronto’s professional sports teams are also within walking distance. The Arts are also represented here with numerous galleries and studios nearby and live theatre and musical performances on King Street. 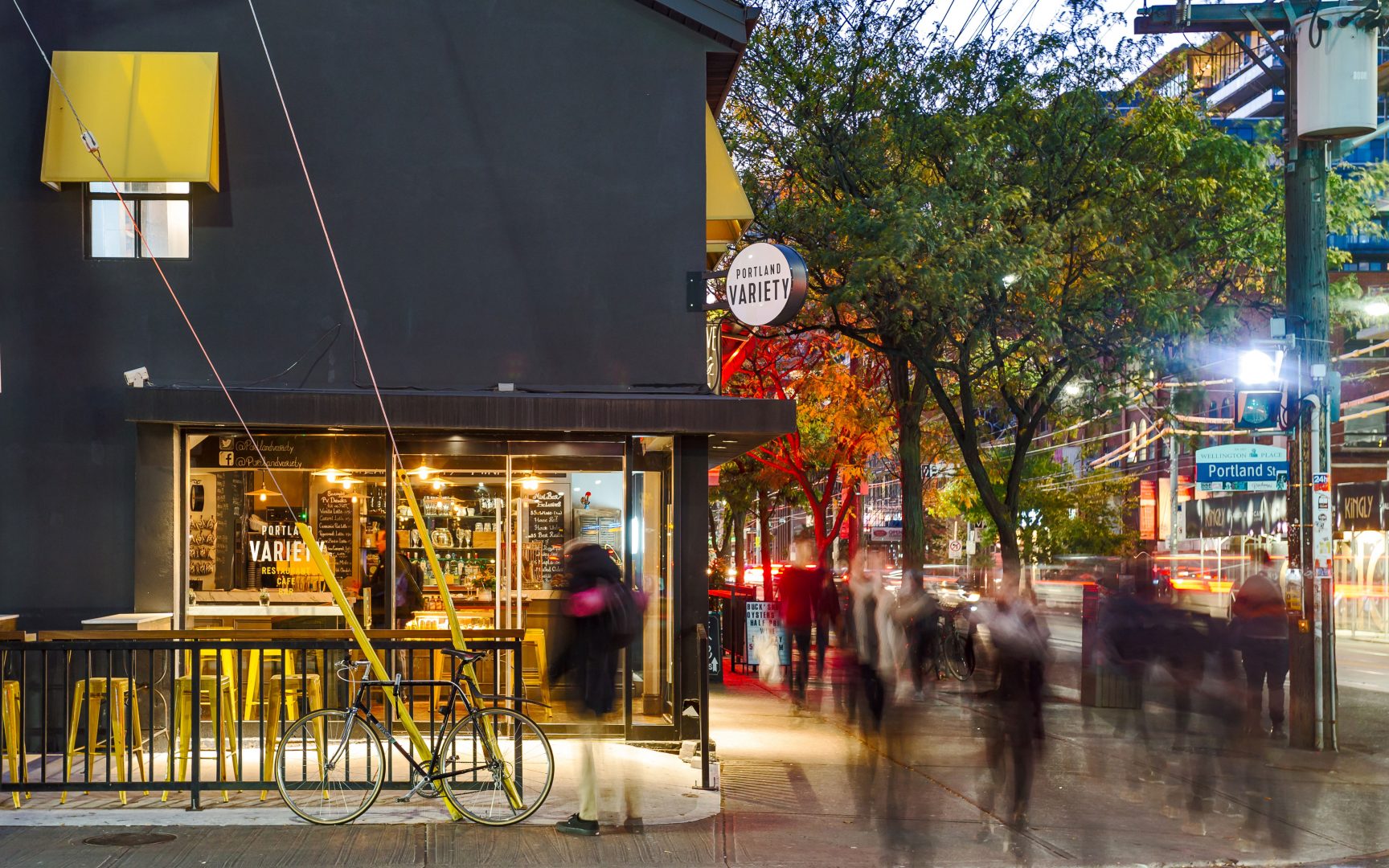 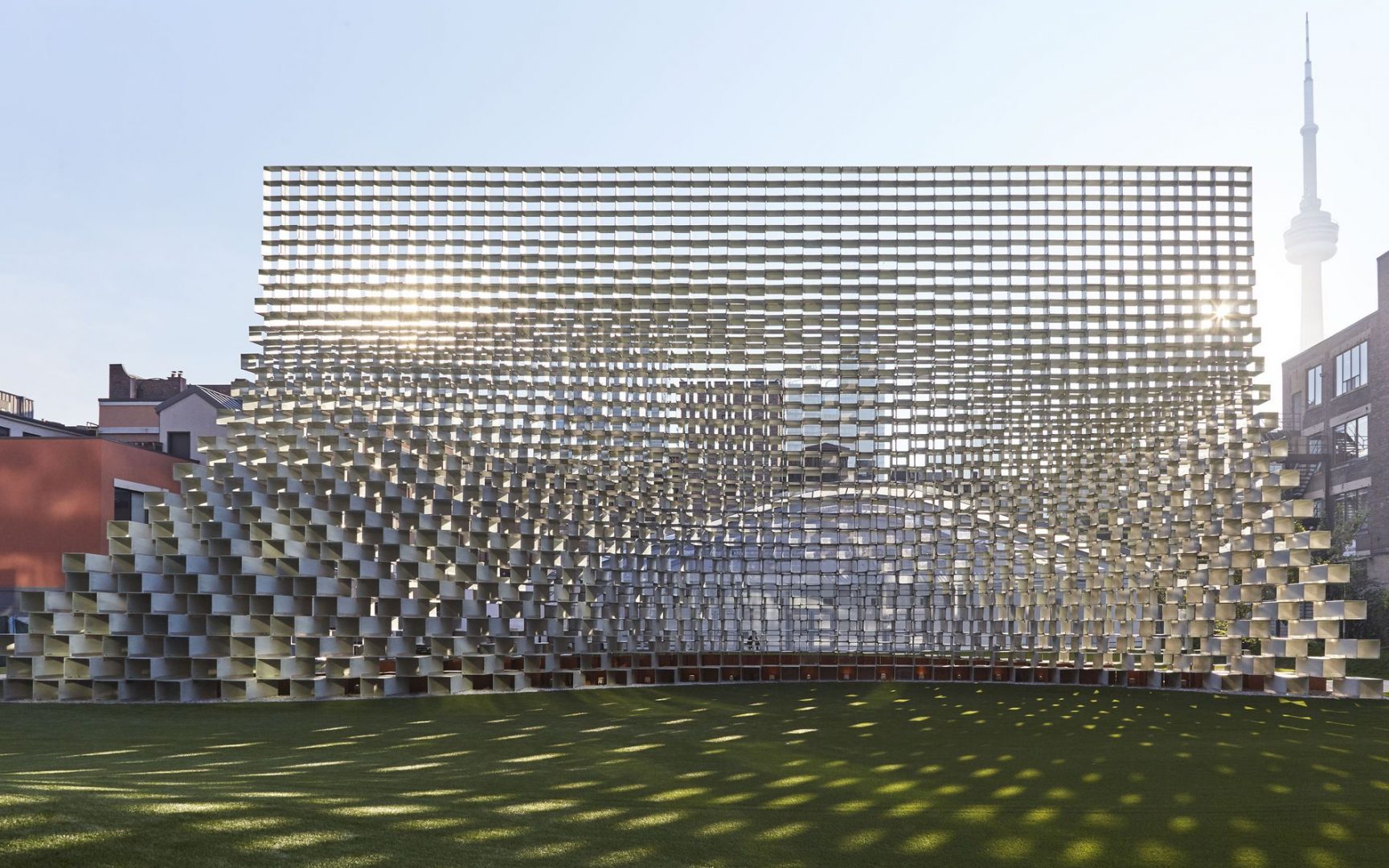 Unzipped Toronto, an exhibition in a pavilion designed by Bjarke Ingels Group, opened on Sept. 15, 2018, giving Torontonians a look at the geometrically complex style the firm is bringing to a condo development on King Street West. Photo by Unknown

A myriad of streetcar routes on Bathurst and King Streets and on Spadina Avenue will connect passengers to either the Yonge-University-Spadina subway line or the Bloor subway line. Motorists are just minutes from the Gardiner Expressway and Lakeshore Boulevard which link to all the major highways leading into and out of the city. 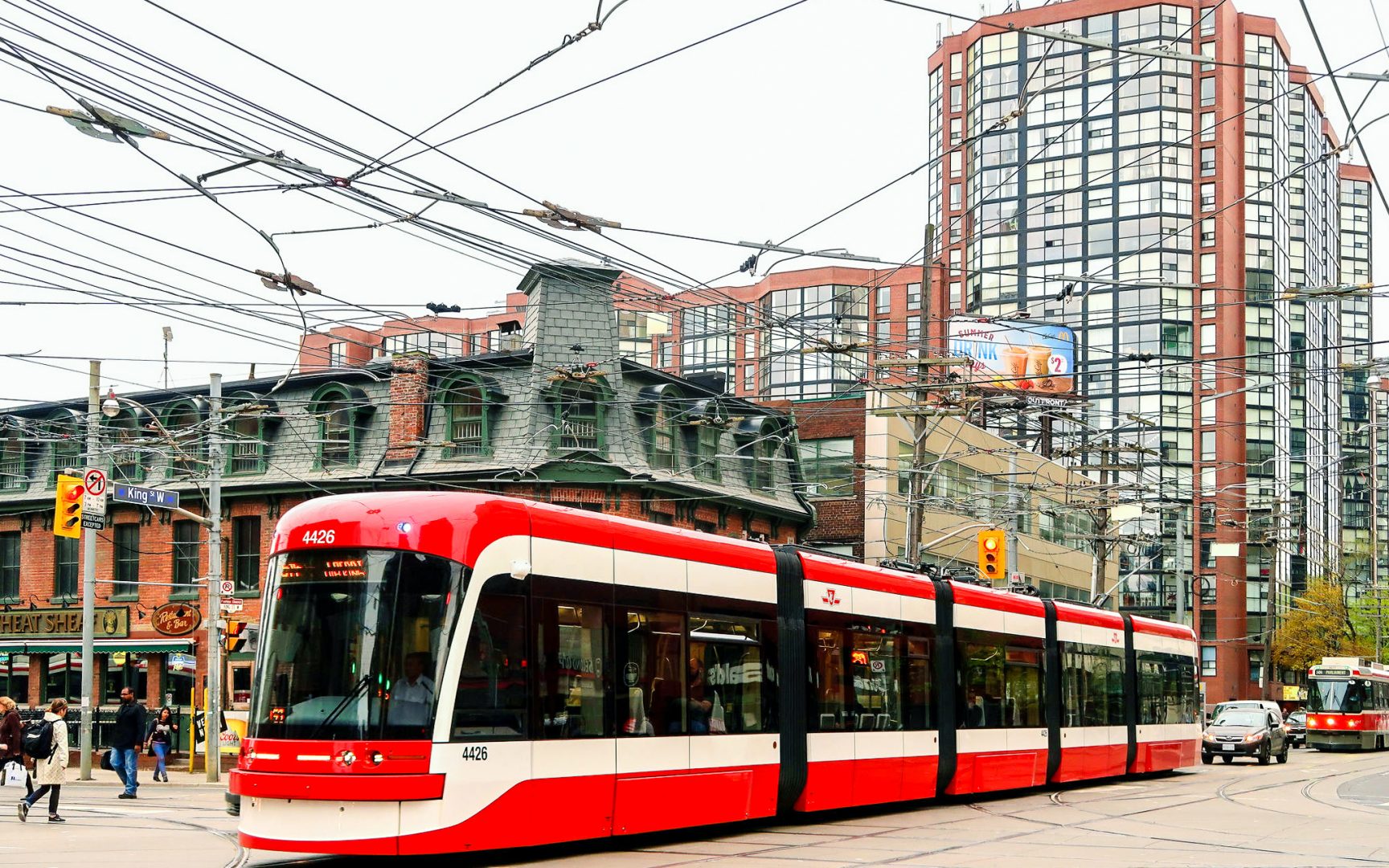