The East Bayfront is a master planned waterfront community that has it all from new residential and commercial developments to award winning urban parks and public spaces. This downtown neighbourhood is designed for live, work and play. When development in East Bayfront is complete there will be 6,000 new residential units, 3 million square feet of commercial space and 5.5 hectares of parks and public spaces. The Water’s Edge Promenade and Boardwalk, Sherbourne Common and Sugar Beach waterfront parks all embrace the topography of this neighbourhood at the harbour of Lake Ontario

East Bayfront has garnered headlines by achieving Stage 1 LEED ND Gold Certifcation. East Bayfront is also an intelligent community which means each home and business is wired into a cutting edge fibre optic technology that includes community wide WI-FI service. These state-of-the-art community enhancements have already attracted cutting edge businesses including the new corporate headquarters for Corus Entertainment. George Brown College has opened up a signature Waterfront Campus in East Bayfront that will accomodate as many as 3500 students. 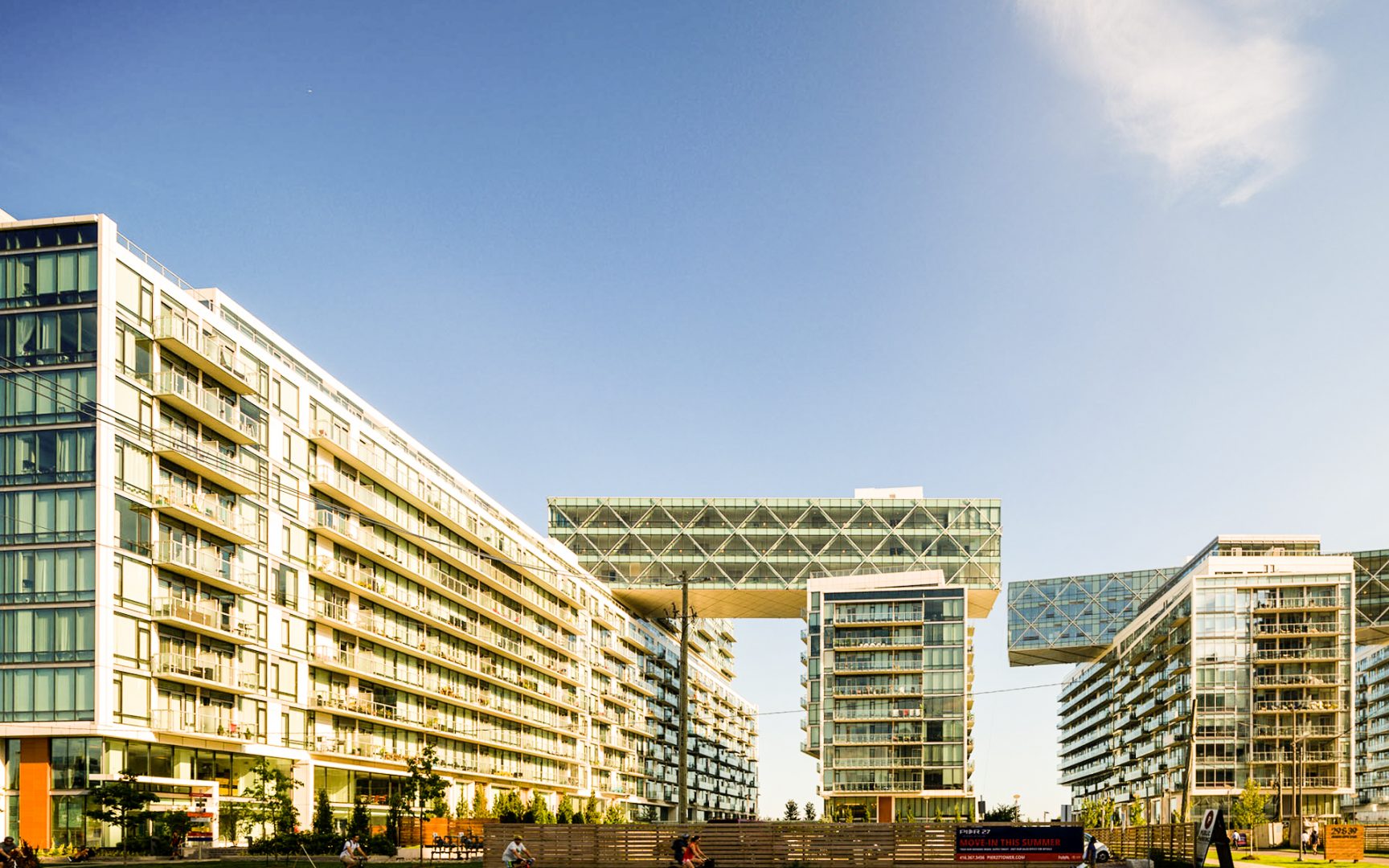 East Bayfront was originally part of the marshy Lake Ontario shoreline. In the 1950s East Bayfront was filled in and took on a new life as an industrial park. At that time it was used primarily as a marine freight transfer facility. However; by the 1990s Toronto’s port became less busy and East Bayfront was no longer considered a vital industrial node. In short it became underutilized. In 1999 the City of Toronto issued a call to action recognizing the need for a revitalized mixed use waterfront that could be enjoyed by all Toronto citizens. This call to action was the catalyst that brought all three levels of government together in order to ensure Toronto’s waterfront would be transformed into a crown jewell and world class destination.

Planning for the East Bayfront began in earnest in 2003. The planning for this master planned neighbourhood was a consultive process involving the public and private sector in many stakeholder and public meetings. The precinct planning approach was adopted in an effort to build a community everybody could be proud of. The East Bayfront Precinct Plan focuses on urban design, open spaces, infrastructure, affordable housing and community services. All these elements have been intertwined in a truly remarkable neighbourhood that has received several prestigious awards.

Aqualina at Bayside Toronto is defined by a series of distinctive prismatic cubes made of glass and steel, featuring facades accented by angled fenestration and balcony designs intended to maximize views of the Toronto cityscape and lake. The condominium’s interior public spaces and amenity areas will be designed by the award-winning Canadian firm of II BY IV Design Associates. Landscape design will be led by West 8 + DTAH, the award-winning team also responsible for the design of East Bayfront’s public realm including the streetscapes, water’s edge promenade and boardwalk. Aqualina at Bayside Toronto will pursue a LEED® Platinum designation and will be part of Toronto’s first LEED-ND Gold neighborhood. 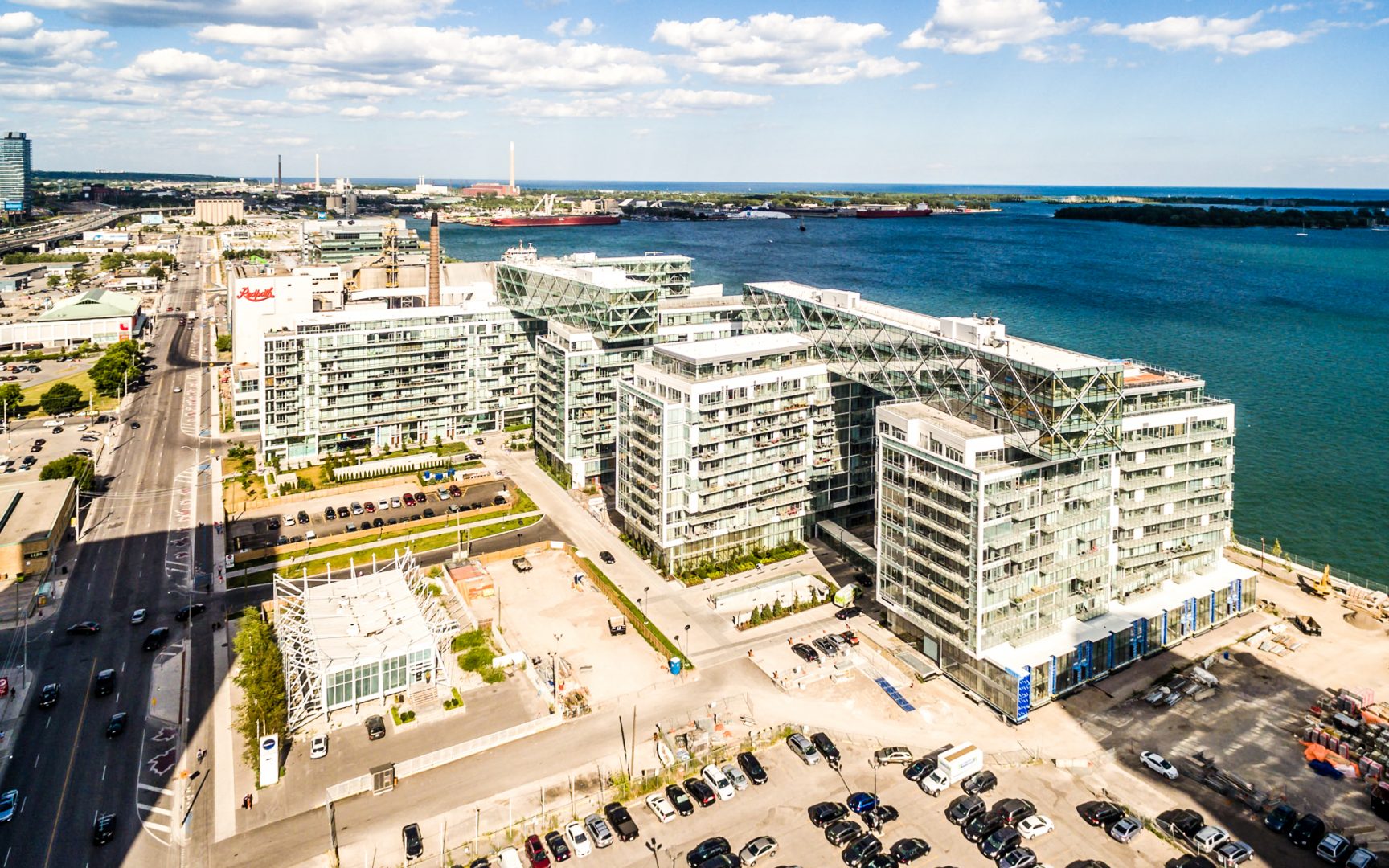 East Bayfront is situated in a prime waterfront location. Residents are able to enjoy a leisurely stroll or quiet moments along the Waters Edge Promenade and Boardwalk. Sherbourne Common Park has an outdoor skating rink and a childrens playground. Canada’s Sugar Beach located adjacent to the Redpath Sugar Factory is a great place to relax and enjoy views of the lake. The park’s brightly coloured pink beach umbrellas and iconic candy-striped rock outcroppings welcome visitors to this new waterfront neighbourhood.

Toronto’s historic Distillery District is just a short stroll to the north, and features wonderful restaurants and art galleries. Harbourfront Centre hosts a plethora of year-round events and is located just a few minutes west of East Bayfront. Downtown Toronto sport and theatre venues are easily accessible by TTC. 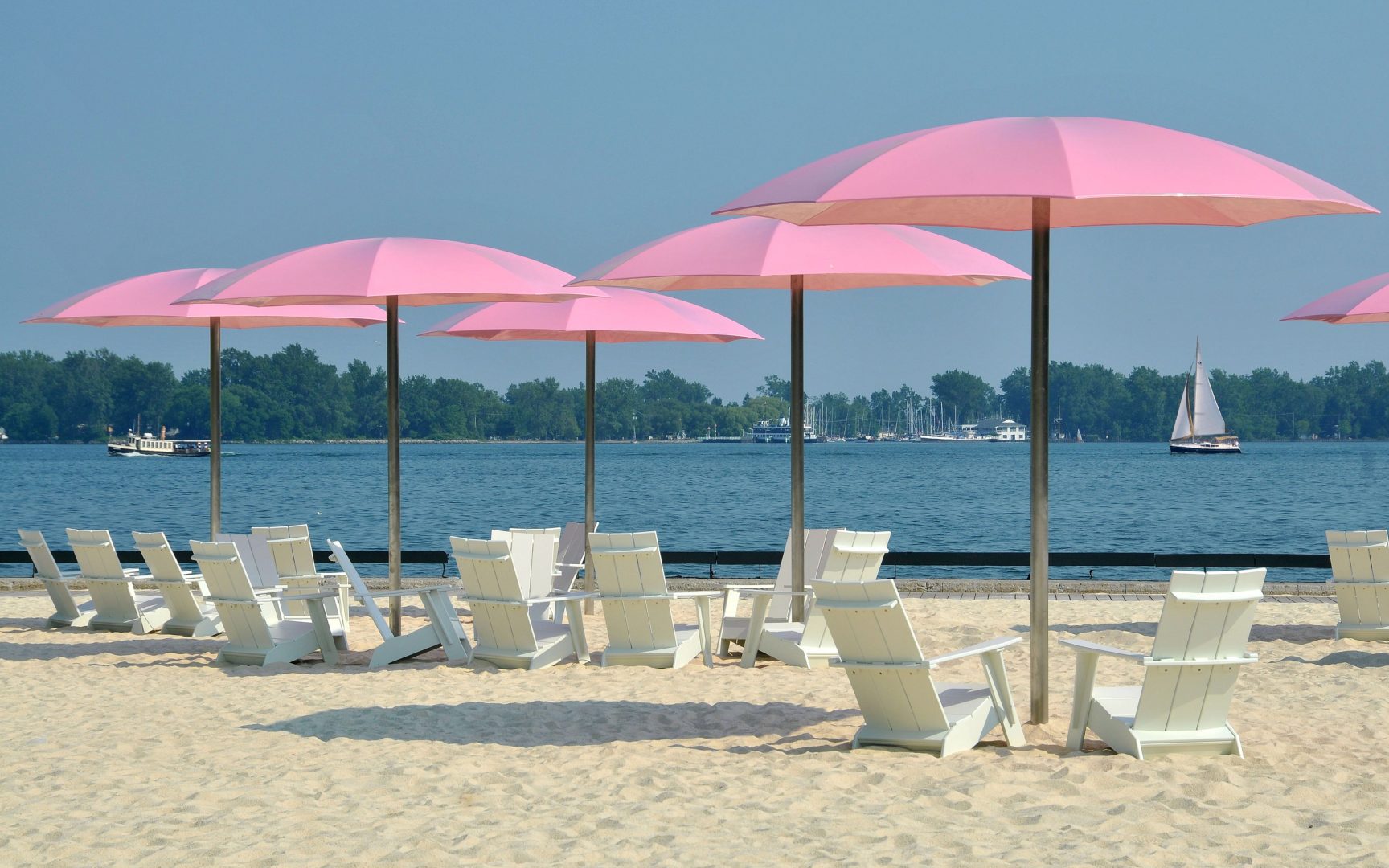 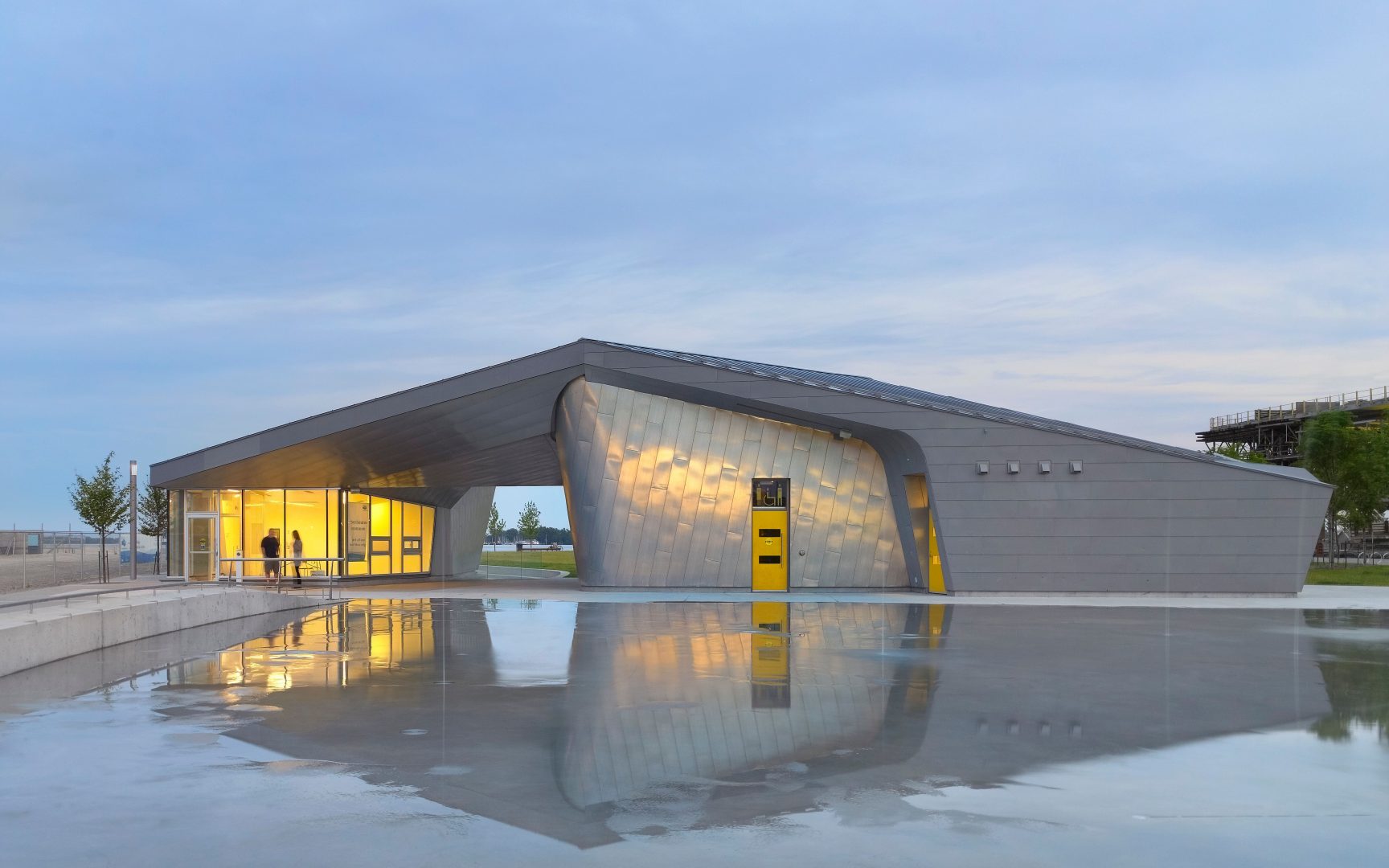 The Bay 6 bus runs from Union Station to Bay Street to Queen’s Quay East to Dockside Drive in the middle of East Bayfront where Sherbourne Common and George Brown College are located. There is also the Sherbourne 75 bus which runs north and south with a connection to the Bloor-Danforth subway line. For motorists the Gardiner Expressway and Don Valley Parkway on-ramps border this neighbourhood.

SkyTower at Pinnacle One Yonge

Waterlink at Pier 27 Phase I